Professor Terry P. Young, FBCS, Professor Emeritus at Brunel University London and Principal of Datchet Consulting Ltd. submitted this op-ed article asking “Why doesn’t healthcare simulate like everyone else?”. Despite having many new ways to blend our knowledge delivery, a world of connected lifetime education and development still eludes most of us. Meanwhile, employers continue to report a mismatch between their needs and the skills of new recruits. Terry is committed to interpreting the latest pedagogy into better healthcare and industrial training and more effective lower cost teaching, learning and student experience at university and is particularly keen to foster the flow of ideas across sectoral boundaries in designing, delivering and assessing new academic and applied modules. Today, he ponders what it would take to get Healthcare to simulate like every other high-stakes industry:

In the nineties, I found myself in seat 1A of a transatlantic flight, where 1B was reserved for the rotation of the off-duty (third) pilot. The first two who sat there took a taciturn line, but the third loved flying and was only too happy talk about the helicopters he flew at the weekend as a reservist.

Since my childhood in the ’60 involved lots of air travel, I expected this pilot to work the way they did then, to know his weather patterns from the maps, to understand his airframe and power plants as an engineer. This friendly enthusiast knew how to handle passengers and why his airline’s stock was rising but his flying knowledge was based on the hours spent in simulators.

He did not expect to solve problems from first principles or his own – and I quizzed him about some recent crashes. Most of the situations he would encounter were scenarios he had met and practiced in training, but for new emergencies, he had a wider team at the end of the radio.

Suddenly, I realised that a pattern from the early days of air travel had disappeared, despite the occasional episode of individual brilliance, such as Chesley Sullenburger’s heroism on the Hudson, and pilots no longer troubleshoot on their own or on the fly.

If you dial back to 1870 and head east instead of west, many attributed Prussia’s victory over France to its tradition with “Kriegsspiel”, a wargame of maps, counters and dice. Here was a way to develop your strategy, try out new ideas, or discover the role of chance without losing your life or risking the lives of others. A specialist auctioneer even told me that some also attribute the decline of Prussian military dominance to the fact that senior officers felt the junior officers were getting a little uppity on the back of their games and so they banned the game.

Once you have an artificial representation of your working world, you can succeed with things that were impossible before. One of my favourite stories comes from when our children were growing up and played Roller Coaster Tycoon, a computer game where you build and run theme parks. One of their cousins had radical new business model for refreshments: give the drinks away and charge instead for the rest rooms. The coding was sufficiently robust to handle this, but they discovered they needed more cleaners.

Drawing all of this together, we see a synthetic version of the real world can be used for routine training and also practice in extreme or unusual situations. This copycat world also allows you to think the unthinkable or design the unexpected. In war, being exposed to extreme scenarios is not so different from exploring unconventional ways to win: protocol develop and education start to merge.

For this reason simulation is often used to design new products and then, in a different way, to train people to use them. Formula 1, for instance is a heavy user of computers to simulate how well the air slips past and over a car body as a design tool, but also in daily testing, learning tracks, testing set-up, and so forth.

In “Winning the next war” Stephen Rosen relates how the US Navy used simulation in the very early days to work out what naval engagements might look like if there were a few airports in the flotilla. Many basics design criteria were established before a single aircraft carrier hull was laid down.

This versatile use of simulation – in design, troubleshooting, training, skills development, working out emergency protocols, or in coming up with a radically new idea – requires a sophisticated view of technology and a flexible take on simulators in general and especially, the digital world.

Increasingly, healthcare has grasped the importance of simulation as a training tool, and that is certainly a valid role. However, let’s focus on one other role that links training to efficiency, namely, standard practice. In Rosen’s account of the aircraft carrier, the equivalent of standard practice was doctrine: what are the priorities and key actions when you prosecute your war using aircraft carrier as your main weapon instead of battleships? The simulation of the day could not answer that question, and so someone – a chap called Moffett – had to fight to get pilots, observers and navigators promoted to ranks where they could define naval doctrine. Some of Rosen’s more entertaining narrative relates to cases where those in charge based their decision-making on their time at sea rather than their time in the air.

So, what has doctrine to do with medical practice? What if, when teaching a procedure, the learning outcomes were to include the time it took? What if students emerged from their clinical practice able to undertake their procedures within, say +/- 15s of an agreed mean? What if we insisted that the procedure be learned using a standard equipment set – for anyone?

Because we don’t feel we need standard practice, we don’t build it into our simulations and assessment, and because of that, we struggle cannot realise the many benefits that go with standard practice. This is not simply about shaving fractions of a second off the time it takes to change the tyre on a racing car and gain a winning edge in the highly artificial world of motor racing: this is about making standards work in everyday healthcare to schedule with confidence and to reduce cost.

Whatever else we do well in healthcare – and there is a lot we do really well – just now, scheduling and capping costs are not top of any country’s achievements.

Academia, healthcare and industry face separate but similar problems in nurturing talent and cultivating the next generation of innovators, products, systems and services. Datchet Consulting’s experience of cross-sector working has shown these borderlands to be a rich environment for innovation. It is committed to fostering the flow of ideas across cultural divides in support of better education and training resulting as well as faster development of higher quality systems and services. About the Author: Terry Young

I am a well-organised thinker, shaper, and an extraordinary networker who can attract bright people from diverse backgrounds, encourage them to orientate their thinking around a common challenge, and then co-create new ideas and knowledge with them and their served communities. For 16 years I designed devices and systems at GEC and Marconi and for the past 16 years as a professor at Brunel, I have built and led large multi-disciplinary research teams in healthcare, while developing key pedagogical innovations. Analytical and creative, I can co-create strategy and nurture it into practice. In the ‘80s, this meant building an internationally recognised photonic design platform, in the ‘10s it has been The Cumberland Initiative as a multi-partner network to re-design health systems and services. 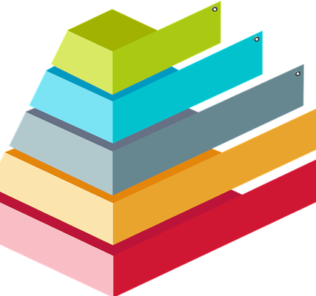