The company 3B Scientific, known as American 3B Scientific in the United States, is a leading manufacturer of anatomical and biological teaching aids for science, training and patient education. Headquartered in Hamburg, Germany, the 3B Scientific group of companies specializes in the creation and merchandising of a variety of didactic products and models useful to educators of medical simulation. In 2017 J. H. Whitney Capital Partners acquired 3B Scientific.

The group’s oldest site in Budapest/Hungary began its manufacturing history in 1819, making 3B Scientific a vastly experienced group of companies within the healthcare simulation industry. Initially, the company was founded in 1948 by the three Bs: Paul Binhold, his wife Hedwig Binhold and their daughter Marion Binhold (now Marion Kurland).

3B Scientific has been certified in accordance with ISO 9001 since 2000, and as of 2004, 3B Scientific has remained an original member of the Worlddidac Quality Charter. All 3B Scientific products are development exclusively in Germany. The quality standards upheld in every product that carries the brand name 3B Scientific is guaranteed by permanent and uncompromising quality controls.

Today, 3B hopes to stand for the best in quality, the best in value and best in service. In 2017, the company announced acquirement by J. H. Whitney Capital Partners, LLC, a leading private equity firm focused on investments in healthcare, consumer, specialty manufacturing and business services industries. Todd A. Murray was thereby appointed Chief Executive Officer of 3B Scientific.

“Our partnership with Whitney will allow us to build on a solid foundation and focus on accelerating product innovation and service to meet the growing needs of healthcare training and education worldwide,” Murray said in a statement.

Most recently, in 2019, 3B Scientific also acquired Excellus Technologies, Inc. dba Cardionics, a leader in Auscultation Simulation products. Cardionics Chief Operating Officer Andy Strandell will continue in his role with Cardionics and is excited about the future growth prospects of the two companies.

The main goals of 3B Scientific are to provide high-quality products at fair prices, with excellent customer service and after-sales support Another main goal is the coordination of marketing strategies in the view of different countries and that meet the requirements of individual customers.

Thus, a 3B Scientific Catalog is available in 15 languages, including major Asian languages such as Japanese or Chinese. This was necessary as about 90 percent of the group sales are made outside of Germany. This language expansion initiative is aligned with the company slogan “…going one step further.”

3B Scientific also stresses the importance of acquiring and maintaining different types of characters, personalities, nationalities and cultures across the company’s workforce. This is to enrich and complement the company culture.

With an international workforce consisting of 460 people, the 3B Scientific brand is represented in the medical and educational sector across 100 countries worldwide. With constantly growing sales, the 3B Scientific group credits the ongoing success to the excellent quality of the company’s products, manufactured by skilled and specially trained personnel. 3B Scientific also stresses the extremely competitive value of 3B Scientific products, and the uncompromising flexibility of processing customer requirements.

To ensure accuracy in pricing and product specifications the company honors pricing and product specifications, but reserves the right to correct typographical errors. If an order is placed for a large number of 3B Scientific products, customers may be eligible for additional savings. All of these products come with a full three year warranty. If any product is found to contain defective material or workmanship within three years of invoice date, 3B Scientific will replace or refurbish the product.

All models are accurately painted by hand-picked and trained artisans using solvent free paint. However, continual design improvements and product research are carried out in order to ensure that customers receive only the very best. As a result, 3B Scientific advises that healthcare simulation products may differ slightly in form or color from those depicted.

Events like IMSH, INACSL, SimGHOSTS, SESAM and ASPiH are great Healthcare Simulation Conferences to see 3B’s products in action — or complete our “Find Vendor Form” to be connected with leading companies like 3B Scientific now!

How to Make a Clinical Simulation ‘SALAD’ Simulator

An abbreviation for “Suction-Assisted Laryngoscopic Airway Decontamination Simulator,” a SALAD Simulator is a means through which learners can gain airway skills practice. This clinical simulator can help better prepare learners ...
Read More The second full day of the 2020 International Meeting for Simulation in Healthcare began today in San Diego California. Before reading on, be sure to also check out yesterday's coverage ...
Read More Following our series of exploring key terms relevant to Clinical Simulation, today we take a look at 7 more Medical Simulation words or phrases you may not yet know -- ...
Read More 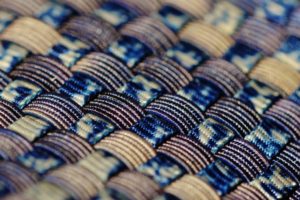 #IMSH2017 hasn't even officially begun and already big news coming out of Orlando. Today, Lou Oberndorf and J. H. Whitney Capital have acquired 3B Scientific - a global player in the ...
Read More

At IMSH 2014 San Francisco earlier this year, HealthySimulation.com was on hand to learn all the latest from a good number of leading medical simulation vendors. Over the past several months we ...
Read More