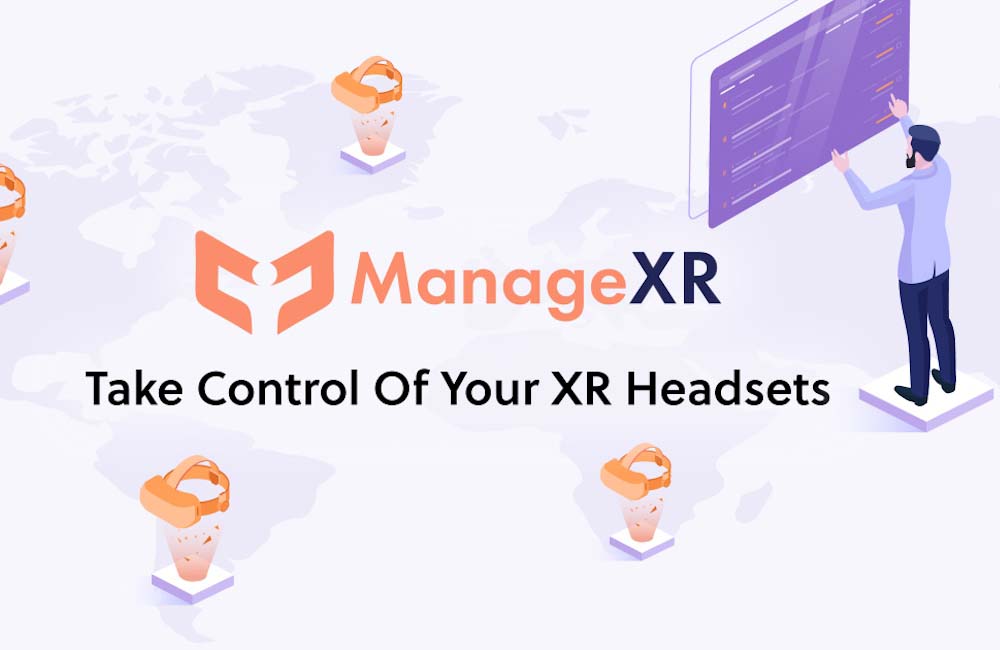 Providing learners with healthcare simulation virtual reality resources can present them with realistic clinical scenarios, but being able to manage their experiences is what leads to greater learning outcomes. This can become especially challenging when clinical simulation educators are employing VR education at scale. Offering a solution to combat these challenges, HealthySimulation.com was introduced to the company ManageXR at the Augmented World Expo 2021. ManageXR is an enterprise device management platform designed for VR and AR devices.

Using ManageXR, admins can remotely control every aspect of their XR device fleet, including distributing apps and files, tracking device health and usage, and much more. Headquartered in San Francisco, California, the company also helps clients distribute content, customize the user experience, and troubleshoot devices — without leaving their desks. Inside the headset, the software simplifies the XR user experience and enables businesses to customize how end-users interact with their product.

ManageXR further enables clients to use Kiosk Mode to lock a device to a single app or tailor the Home Screen to create a streamlined user experience. They can organize devices into groups, apply configurations that define a device’s behavior, and send real-time commands, and save time by provisioning large batches of devices with the Device Setup Tool. ManageXR works on any Android-based XR device, including Pico, Vive, and Oculus headsets.

“ManageXR made it so simple with a very impressive product. Maintaining and updating our CR devices is so much easier and faster. I upload the build, pick the devices for the update, and have the updates built-in under a minute. The kiosk mode is fantastic to lock the devices to run only one application,” said Prabhakar Vemavarapu, a VR Engineer at REACT Neuro.

“We built a platform that enables enterprises to use VR at scale. Essentially, if you’re a company and you have a lot of VR headsets, you need a way to keep track of those headsets, keep them up-to-date, and generally manage them from a central dashboard,” explained Luke Wilson, CEO, and Founder at ManageXR.

Acknowledging this need, Wilson explained that ManageXR was founded in 2020 out of his own need to manage a large fleet of VR devices. Approximately four years ago, Wilson was working at Stanford Children’s Hospital, alongside anesthesiologists who were developing content to reduce pain and anxiety in patients. The team used VR as a distraction tool for patients during acute procedures, such as shots and blood draws.
“It started as a local program in the hospital, but as we proved the value of our work, we got the opportunity to distribute everything that we’d been developing to many hospitals across the country,” Wilson said.

At this point, Wilson and his colleagues found themselves deploying 1300 headsets across 200 children’s hospitals. He explained that during this time, small hurdles became impossible at a large scale. Wilson additionally emphasized that there’s a huge difference between having a small local program that someone is in charge of with like a couple of devices, and the need to run VR across 200 different locations and thousands of devices.

“When you put on a VR headset, you’re basically transported to a new world. If you’re on the outside and you’re putting a VR headset on someone, the moment they put that VR headset on you have no control of the situation,” said Wilson. “This can make it really hard to guide [learners] through [the VR experiences],” said Wilson. “So we had to build tools that made VR easier to use and streamline the process of getting that user from where they started to where they needed to go.”

To make VR easier to use, ManageXR users can fully replace the default home screen with a customizable environment. They can drop in business logos, define their look and feel, select which apps they want their users to have access to.

“Typically when you put on a VR headset, there are a thousand buttons and like a whole storefront and like all these things to get lost in, but in a business context, you really want to lock down a device to a subset of apps,” Wilson said. “That’s exactly what this custom home screen allows.”

Beyond ease of use, Wilson shared that devices need to be kept up to date. With ManageXR, users are able to assume complete control of what apps and files are on which devices.

“You can’t ask your end-users to become industry experts; they need these types of tooling,” explained Wilson. “When I talk about making devices easy to set up, we have a tool that essentially makes it so that you can click one button and turn a device from a brand new slate device to fully ready to go.”

Wilson concluded that educators and simulationists can spend an incredible amount of effort sourcing great VR hardware and software, but if they don’t properly deliver it, these transformative initiatives have a high likelihood to fall flat and go unused. Device management with software like ManageXR is the key to enabling the use of XR at large scale.