Richard told me for months “Lance, you have to stop by and see what this simulation team is doing — it’s amazing”, and after spending a day with the VVC team I totally agree. CAE Healthcare helped to sponsor the production costs of a video interview of the space, the program, and the people who are making simulation work for EMS training at the RPST Center in a way we can all learn from.

Brian Hendrickson: “The building here at the Public Safety Center is actually located in Apple Valley, CA and we are part of the Victor Valley College which is in Victorville, CA.  One of the reasons we moved out here to the kind of Northern end of Apple Valley is that it’s in kind of an industrial area, there is a lot of open area.  We’re able to conduct training, do burns, and that type of stuff without really disturbing any of the neighbors because really, our neighbors are the industrial trucking.”

David Oleson: “It’s a 9 acre facility that houses both law enforcement, fire, and EMS.  Voters approved this in 2008 and it was finished and we actually moved in and held our first courses here in the early Spring of 2012.”

Hendrickson – “Currently we’re able to run usually 4-5 manikins a day when we’re doing simulation – giving every student an opportunity to take at least one, but preferably two team leads a day in the simulation arena.  And, as far as the building – when we build this facility one of the things we did not want is to have the typical simulation space with a hospital bed and fixed cameras and everything like that because as EMS providers, our environment is much different than the hospital, the needs of the patient are much different.  So, we took it on with the premise that the whole 9 acres of our facility would be open to do simulation at.  So if we wanted to do it in a classroom setting – we could do it in a classroom setting.  If we wanted to use the workspace out in the prop yard, we can. We have certain city where we have an apartment building set up, we have a jail cell set up, we have businesses set up – we can do simulation anywhere on the 9 acres and make it as true to life as possible for our students so that when they get into the real world of EMS they’re used to the environment.  They’re used to working in people’s houses, out on the side of the road, in the streets, in jail cells, that type of thing.  So our goal with simulation and this whole facility was to use it all.” 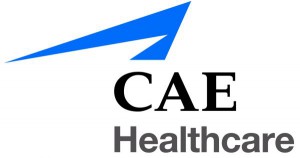 Hendrickson: “We can run up to 7 separate stations with our cameras and our cubes and never have any crossover, never have any conflict, and be able to run them all as true to life as possible.  Complete suspension of belief for the student”.

“To date we’ve had very little problems with the CAE Healthcare manikins.  We’re able to use them in our tunnel system, we’re able to use them in cars.  Have we had breakdowns and have we had some issues? Absolutely, but the customer service has been superb.  We break something, we report it, and usually within 7-10 days a fix has been given to us or they come out and repair.  And, we’ve been tough on them.  We’ve broken probably more arms than anybody else with CAE Healthcare.  In fact I know that’s a fact because CAE Healthcare has asked “what do you guys do, how come you have so many broken arms”.  And it’s just the way we treat ‘em.  But repair has been wonderful, customer service has been wonderful.  And I am not afraid – we are not afraid to take those manikins and run them in any environment here at the Public Safety Center.”

Oleson: “One of our biggest successes with deciding to go with CAE Healthcare and going operational is that connectivity has not been an issue whatsoever, from day one.  Our campus has actually sunk quite a bit of money into expanding, as Brian mentioned earlier, our connectivity out on the prop yard which coincidentally is the largest footprint of this 9 acre site – is our prop yard.  Once we got comfortable that first semester with running it here out of the classroom and didn’t really experience any issues because we were only running maybe 1-2 manikins at a time.  Now we’re running 4 concurrently, all day long.  And, since that expansion has gone out in the prop yard, we’ve not really had any network lag issues to speak of and it’s been fairly seamless.”

Hendrickson: “I tell all of the people that come in and are helping out with simulation that they are only limited by their own lack of creativity.  That simulation just allows them to be creative, to think outside of the box, to teach students things that they may not see in an EMS career – maybe once or twice, or to teach them things that they’re going to see everyday. So simulation is buy in from everybody, it’s a group effort.”

Be sure to watch the video above to really get a sense of how powerful this simulation program is. Brian, David, and their simulation team have done an amazing job at creating realistic learning environments for their paramedic program through medical simulation. Kudos to the administrative leadership behind Victor Valley College for having the courage to build such a powerful place to teach the civil service professionals of tomorrow. Thanks to Richard Kuschinsky and Kevin King of CAE Healthcare for their continuous support of simulation educators and for helping HealthySim share this amazing story with you today!