According to the Patient Safety Movement Foundation (PSMF), a global non-profit committed to achieving zero preventable patient harm and death across the globe by 2030, medical errors are the third leading cause of death in the United States. Further, the organization reports that before the COVID-19 pandemic began, globally more than 8,220 people were dying in hospitals in ways that could have been prevented everyday — that’s 6 people per minute. To help better identify the current state of medical errors and patient safety, the PSMF released the results from the organization’s “2021 Patient Safety Awareness Poll.” At the end of this article, HealthySimulation.com shares about the upcoming World Patient Safety Day and ways to participate.

This survey examined the publics’ perception of patient safety and preventable medical harm and consisted of 1,725 English-speaking individuals spanning six countries (Australia, India, Philippines, South Africa, United Kingdom and the U.S.). Conducted by ClearPath Strategies in March 2021, the survey results conveyed that the public feels less in control over what happens to their health and that “there is still a long way to go to educate the public about medical errors.”

Specifically, this PSMF survey showed that only 45.9% of the public feels in control over what happens to their health, down 31% from 2020. Additionally, only 53.2% of individuals know what the term “medical error” means and 37% were able to correctly define it. Other findings showed that 58% of the public is worried about medical errors during “every visit” or “occasionally” – especially outside of high-income.

However, the PSMF study found that 87.3% of the respondents had heard little or nothing about medical error or patient harm in their local area. When asked what their key areas of concern were, 50.9% were worried about out-of-pocket costs, 44% were most worried about receiving worse healthcare following the COVID-19 pandemic and 34.3% were concerned about access to quality care. Yet, this study made clear that the public overwhelmingly supported creating more public information about this problem, with 82.4% interested in having more focus on promoting patient safety.

“We believe the public should be informed and feel confident in the care they are receiving, and these findings underscore that there is still improvement to be made,” David B. Mayer, MD, CEO of the Patient Safety Movement Foundation, said in a statement. “Our movement requires a collective effort to achieve patient safety across the globe and while we have made significant progress focused on educating the public about patient safety in the last year, we are committed to continuing to bring awareness to this important issue.”

Within the survey white paper, the authors end by concluding that “Until patient safety is top of mind for all, upheld by a mindset for collective improvement toward a common goal, that common goal will remain out of grasp.” To push for increased patient safety measures, the PSMF believes it is necessary to heighten awareness of steps needed to make the shared goal a reality, eliminate the perception that patient safety is ‘their’ responsibility, invest in the future leaders of patient safety, and maintain a sense of urgency for all involved. To achieve this, the organization recommends the following steps be taken:

Join the PMSF for World Patient Safety Day on September 17th, 2021: This 2nd annual #uniteforsafecare campaign is designed to bring global awareness to the public and human rights issues patients and providers are all now facing: the lack of safety in healthcare that the pandemic brought to light.

Considering the huge burden of avoidable harm occurring to women and babies in the U.S.and around the world during childbirth, the topic of maternal and newborn safety has been designated by the World Health Organization as the theme for this year’s event “Safe maternal and newborn care.” The PSMF’s virtual program will touch on this theme but we will also explore the concepts of high-reliability and create two tracks so that both the general public and stakeholders from healthcare will find value in our programming. RSVP today!

Learn More About the PSMF 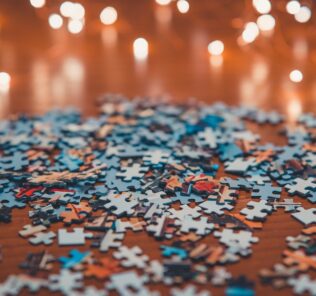