What About Simulation in the Healthcare Classroom? Small groups are considered ideal because of the nature of simulation and debriefing. Can simulation be moved into the classroom where larger groups of students could observe a scenario and join in a debriefing? LA Harbor College Simulation Coordinator Dr. Kim Baily PhD, MSN, RN, CNE, takes a look at the concept, and explores the opportunities for the methodology outside the lab and inside the classroom. Turns out, a cursory review of the literature did not reveal many studies of this strategy — but Kim takes a deeper look and the reviews look promising.

A possible reason for the lack of simulation in the classroom could be due to the logistics of moving simulation manikins and other cumbersome equipment into lecture halls.  Set up is time consuming, complicated and potentially damaging to equipment. Faculty simply may not have the expertise or time to transport and set up sim equipment into the classroom. Traditional PowerPoint Lectures and case studies are much easier to prepare and are the norm in most schools. Even in K-12 where role play and simulation are touted to be effective educational strategies, simulations in the classroom do not appear to be common place.

Here are some details about some relatively recent studies involving simulation in the classroom. First a study by Zulkosky in 2012 indicated that students preferred traditional PowerPoint lecture with case studies over watching a prerecorded simulation followed by a group debriefing session. The traditional group scored higher during testing.  No details were given about the scenarios used or the debriefing method other than the author indicated that the debriefing was based on Socratic questioning. Zulkosky, K. (2012). Simulation Use in the Classroom: Impact on Knowledge Acquisition, Satisfaction,and Self-Confidence.Clinical Simulation in Nursing (2012) 8, e25-e33

More recently, in 2016 a pilot study concluded that students who received an intervention of simulation compared to traditional education methods performed significantly better.  Students were divided into two groups of students (29 and 31 respectively). The intervention group received eight large-group high fidelity human patient simulations in place of lecture, whereas the control group of 31 students received PowerPoint lectures and case studies. The students who participated in the scenarios were titled as heros (8 students). The remaining members of the intervention group all observed the simulation together (vicarious learner students). The experimental group performed better on final examination simulation content when compared with the control group that did not receive the simulation intervention. Note that this difference related to the content presented during simulation.  Some content was not covered during simulation. There was no significant difference between the groups for this content. The authors concluded that students had improved learning outcomes 3-13 weeks when simulation was included. One other interesting finding is that there was no difference in learning between the students who actually participated in the simulation and those students that observed the simulation (vicarious learners). This is not new data. Some students feel that they miss out if they do not participate in simulation but they can be assured that research shows they learn as much as those who participate. Rode, J. L., Callihan, M. L., & Barnes, B. L. (2016). Assessing the value of large-group Simulation in the classroom. Clinical Simulation in Nursing 12, 251-259.

A final study by Walters, Potetz, and Fedesco added a simulation day to four days of traditional classroom activities of lecture and case study and compared this group to students who received 5 days of traditional activities. The simulation cohort was divided into small groups consisting of seven to eight students per group. Each group contained a standardized patient. Groups worked simultaneously in the classroom for 20 to 30 minutes and then all groups came together to debrief for 30 minutes. The process was repeated with a second simulation. This enabled all students to participate in a simulation. Semesters with and without simulation were compared. “Students enrolled in semesters that included simulations performed better on quizzes and the first examination and perceived the learning environment to be more student centered, felt more autonomous, competent and connected to the class, and were more motivated”. The study does not say how the scenarios were performed but the topics covered included atelectasis, opioid overdose, hypovolemic shock, and evisceration, blood administration and transfusion reactions, colostomy care and management of hyperkalemia. These topics would require fairly extensive set up however, no information is provided about scenario setup or whether the standardized patients were paid.

The benefits of simulation for student learning are well established but the reports of the use of simulation in the classroom are limited. A new generation of faculty who are more likely to have participated in simulation during their own education are now becoming educators.  Whether these faculty will include simulation in their classroom activities remains to be seen. Walters, B., Potetz, J. Fedesco, H. Simulations in the Classroom: An Innovative Active Learning Experience. Clinical Simulation in Nursing (2017) 13, 609-615.

Have you utilized “simulation in the healthcare classroom”? Leave us a comment below and share your experiences!

Learn more about Simulation in the Classroom! What Does Debriefing Software Do?
Read More
3713 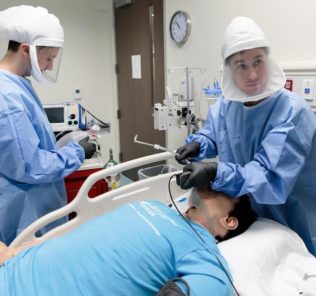 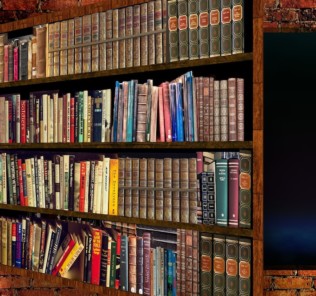