Is This The Reason Healthcare Simulation Isn’t Main Stream?

Key Nursing Educators have spoken against the use of simulation for a very bizarre reason. In the latest “Clinical Simulation in Nursing” Journal December 2016 Volume 12, Issue 12, INACSL Journal Editor Suzan “Suzie” Kardong-Edgren explains a major misunderstanding about the use of healthcare simulation.

In the edition, Suzie provides a powerful reminder about the challenges faced for simulation in nursing education, and “what simulation is and how it is evolving”. In our opinion, the laggards of simulation technology adoption will cite any and every reason to reject modern advances in educational practices as the scapegoat for systematic failures. Another must-read commentary by one of our community’s most influential thought leaders entitled “High Fidelity Educators” which you can read here:

“A recent Researchgate citation alert led me to a most interesting editorial by Dean, Williams, and Balnaves (2016) entitled Living dolls and nurses without empathy. The lack of general understanding about what simulation is and how it is evolving, demonstrated in the editorial, provided fodder for thoughtful commentaries from many in the simulation community. This evolving commentary can be found in the blog section of the Journal of Advanced Nursing. It is well worth a read.

It remains very clear that a segment of the nursing education community does not understand that simulation is not about the manikin. However, learner deficits identified during simulation can be easily scapegoated because of the use of simulation. The upshot of the Dean et al. editorial is that nursing students are demonstrating less empathy and that the use of plastic dolls contributes to this. I contend a noted lack of empathy is not new (Benner, Sutphen, Leonard, & Day, 2010) but that we can clearly see it now during simulation.

Simulation has allowed us to more clearly identify those students who might lean toward a less empathic nature. I might not have noticed a lack of student empathy with a real patient in the past because I, as the faculty member, was there, beside the student and interacting empathetically with a patient, whether the student was capable of doing so or not. In reality, we know our students’ skills and abilities much better after a simulation than we know their abilities within the clinical setting. I became a much more astute educator after seeing my verbally skilled students say some unbelievable things to patients, during simulation.

Working in simulation, one becomes a high-fidelity educator. Admittedly, manikins provide only partial fidelity. The facilitator sets the scene, the mood, observes, diagnoses, and debriefs the scenario. If fidelity is defined as the “degree of accuracy to which a simulation, whether it is physical, mental, or both, represents a given frame of reality in terms of cues and stimuli, and permissible action” (Tun, Alinier, Tang, & Kneebone, 2015 p. 164), it is the educator (facilitator) who orchestrates this fidelity and brings it home, during the debriefing. Students missing opportunities to develop or demonstrate empathetic communication skills can be debriefed in a simulation setting and can try it again, preparing for real patients and families. Arguably, the best clinical educators today are those who work in both simulation and the clinical setting. They are true high-fidelity educators.”

Featured Articles in This Edition:

Read the latest edition on the Clinical Simulation in Nursing Website! 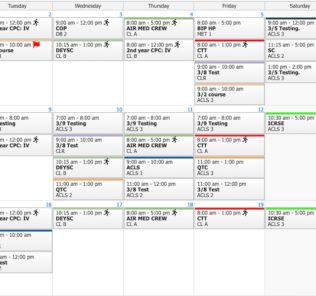 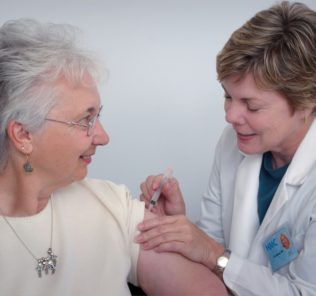