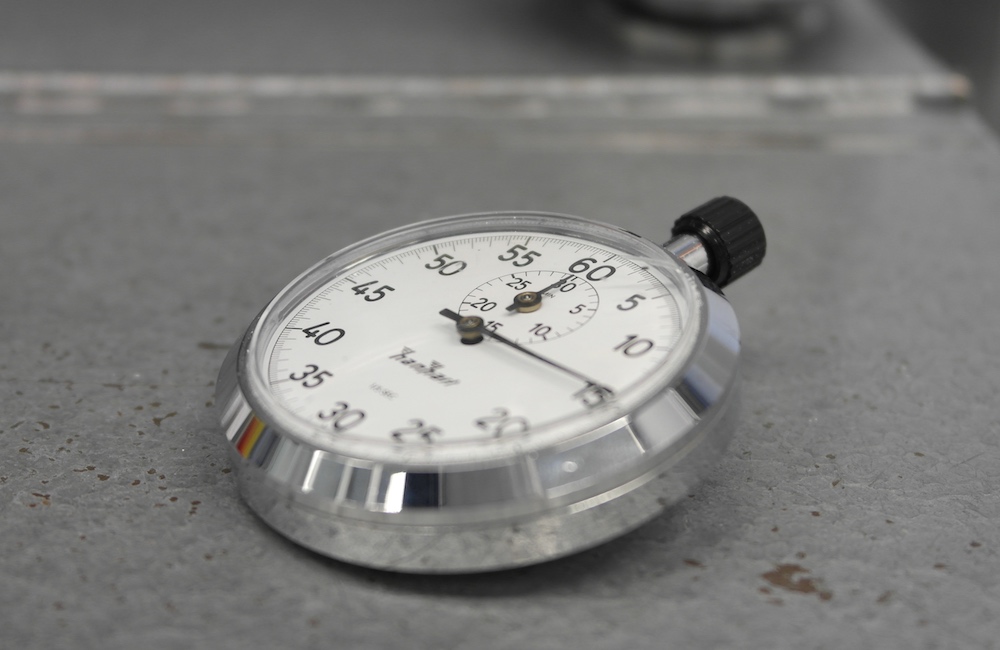 In general, the practice of simulation is primarily a mimicry of real life. This is especially true in healthcare simulation, where almost every medical simulation activity is created based on a real event. Whether the clinical simulation involves running a mock code in the emergency room or administering a medication to elicit a reaction for a disorder, healthcare simulation attempts to mimic or recreate these situations in the most realistic ways possible – in order to maximize the learning potential of having a real-world impact on the learners. That being said, some patient cases can take several hours, or several weeks to unfold – and as there are serious restrictions on the availability of performing simulation (due to scheduling challenges, consumable budgets, staffing availability, equipment operability, etc) – educators cannot always provide the entire duration of simulation experiences in a 1 to 1 ratio from reality to the simulated environment. As such, this HealthySimulation.com article by Kirk Atkinson, a Simulation Educator/Simulation Operations Specialist at UT Southwestern, discusses how healthcare simulation timeframes differ from the realistic time of medical reactions and responses, known as a simulation time warp, and why this should be considered when establishing healthcare simulation scenarios.

The imitation of real-time is the one aspect of medical simulation that rarely, if ever, comes close to the real-world situation in which the simulation scenario is based. For example, if a medication is administered to a real-world patient, the effects may not be fully realized for hours or even days. In contrast, in a specific medical simulation intended to mimic that same medication administration, the medication is administered and the simulated reaction to this medication takes place, in relative terms, immediately.

The effect of speeding up, compressing, or even eliminating a timespan associated with a specific medically-based situation for a medical simulation scenario is known as the simulation time warp. In healthcare education, the amount of knowledge and the amount of time to teach this knowledge both require much more than the available time in which there is to teach. Allowing simulated timeframes to mirror or closely resemble the realistic time of medical reactions and situations is not feasible, so time in healthcare simulation must be warped or compressed.

For the seasoned healthcare simulationist, the simulation time warp may be taken in stride and accepted as fact. However, for someone new to medical simulation, this concept may be foreign or even problematic when they are asked to recreate a situation as close to real life as possible. A proper understanding of the different types of time warp that exist and the situations in which each should be used is a necessity to effectively understand and include the simulation time warp.

Macro-Time Compression is when the simulationists compress a large amount of time between two points in time that would normally progress following certain actions taken. In healthcare simulation, this form of time warp would be used for a medical reaction or situation that would last for hours or even days. The large time frame is removed to move the clinical simulation forward in the healthcare simulation learning time allotted.

An example of macro-time compression would be the simulated reaction to antibiotics, which have a typical reaction timeframe ranging from hours to days. Another example may be a simulated time progression or jump in time of hours or days after returning to the medical simulation from a debrief or training timeout in order to experience a simulated patient over a long diagnostic timeline.

Micro-time compression is when the simulationist is able to compress a small amount of time in between two points in time that would normally progress following certain actions taken. In healthcare simulation, micro-time compression would move a medical simulation scenario forward a few moments or minutes. This version of the simulation time warp would mainly be used to shorten or compress small amounts of time that serve no educational purpose and allow the facilitator to move a learning experience along so the learning can continue.

In both macro and micro-time compression, the physiological progression of the simulation scenario stays intact. For example, if a medical simulation were to involve a medication administration, the physiological reaction to the medication would progress in a linear trend rather than an instant change of vital signs. A linear or gradual change in vital signs and the associated tones helps maintain a level of realism and does not disengage a learner’s engagement.

This use of time compression may seem to have a lack of logic to an outsider looking in, however, there is a reason behind the time warp’s use. The use of the resolution time warp is usually implemented when all the learning objectives have been met and the outcome of the medical simulation scenario is certain. The resolution time warp allows for the learner’s actions to be realized and a proper conclusion to be given to a situation where learner buy-in is encouraged.

The simulation time-warp is an integral part of any medical simulation, regardless of whether the time compression is acknowledged or not. No matter if the time warp shifts a medical simulation scenario a few moments, a few hours, or directly to the end, the use of time warping should be factored in when planning an educational exercise. About the Author: Kirk Atkinson
-

Kirk Atkinson is a Navy Veteran with over 15 years of experience in medicine and healthcare simulation. He started his path in medicine as a Hospital Corpsman, and deployed to Afghanistan in 2010 with the 1st Medical Battalion.

When back in the U.S., he was given the opportunity to help develop a medical simulation training platform for deploying medical units based on Camp Pendleton, California. After 1st Medical Bn, he was assigned to Naval Hospital Camp Pendleton, where he was the Training Site Faculty and Administrator for the BLS, ACLS, and PALS programs. He also became a TCCC and CLS instructor for forward deploying Corpsmen and Marines.

After the Navy, he moved back to Texas where he was hired by the American Red Cross and an urgent care facility. Then an opportunity arose at UT Southwestern for a Simulation Educator/Simulation Operations Specialist.

Atkinson currently works with a very talented team to deliver high-quality healthcare simulation to all of the UT Southwestern system.